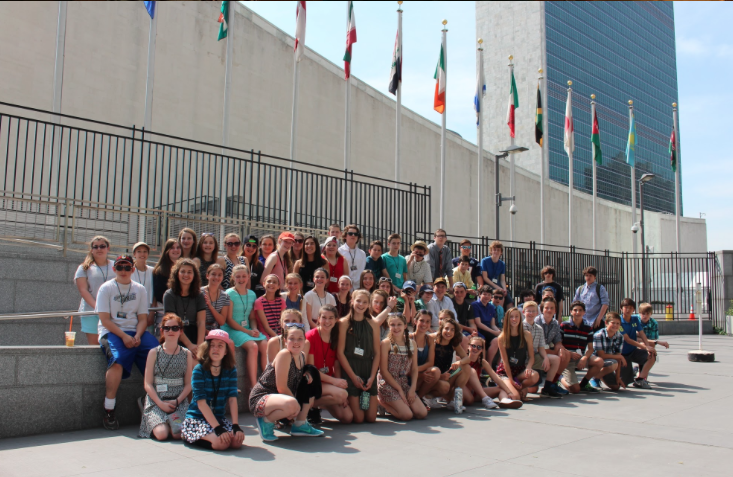 Mara Kathleen Khavari (President and Founder)
Mara is a native of New England (U.S.) with a Masters degree in International Community Economic Development from Southern New Hampshire University. Her undergraduate work at Lesley University in Cambridge, MA had an Asian studies (China) focus. She also holds an International Diploma for Humanitarian Assistance (IDHA) at Fordham University in NYC. She has worked and volunteered in the international non-governmental arena with experience at the UN Third and Forth World Conferences on Women in Nairobi and Beijing, and represented two organizations at a number of global NGO consultations at the United Nations in New York.

Mara worked for three months in Beijing helping to prepare for the Fourth UN Conference on Women and organized and managed the International Marketplace created for that two week NGO global gathering which helped scores of organizations show off their creativity and generate income for their service projects in their home countries.

Mara and her husband Paris, a retired physician, are members of the Bahá’í community and have three grown children. They live in New Hampshire.

Inger Gregory
Inger Bru Gregory is an artist/educator, who holds a Bachelor of Science Degree and Master Degree in Education with a specialization in integrating the Arts into the curriculum. Born in Stavanger, Norway, her family immigrated to America. From a young age, she found joy and comfort in drawing. She served as former President of the New Hampshire Art Educators Association, and is a juried artist member of the NH art association. Early exposure to the creative uses of computers in the art room, Inger went on to work for Apple Computer as well as a Technology Integrator at multiple schools in NH and Maine. Inger now has an art studio in Kittery, Maine, where she creates and displays her work . She considers herself a lifelong learner and art advocate. Her work can be seen at http://onecanvas.wordpress.com/

Katherine M Greig
Katherine grew up in Aotearoa / New Zealand and has spent most of her adult life living in England, Australia, and in the United States where she has been based in Boston, Massachusetts since 1998. Katherine has extensive experience with market research and development, product development, and marketing roles in higher education technology. She has worked for a number of international companies including Cengage, Pearson, Houghton Mifflin Harcourt, Elsevier, and Euromoney Publications. Katherine volunteers in a range of administrative, organizational roles in the non-profit sector.

Early exposure to potters, painters, educators and the performing arts in her homeland fueled a lifelong interest in the arts, learning, and community. In recent years Katherine has returned to pottery, and through it, the expression of the natural world and aspects of Polynesian art and culture. She continues to develop her interest in photography and is engaged in a variety of community-building activities as a member of the Baha’i community. For more information on Katherine, please visit: www.Linkedin.com/in/KatherineMGreig

Wandra Harmsen
Wandra grew up in New England with deep roots in the Cape Verdean community of Southeastern Massachusetts. She holds a Bachelor’s degree in Psychology from the University of Massachusetts as well as a Master’s Degree in Education.

With over thirty years’ experience in private and public school education both in the U.S. and in Portugal, she has acquired a lot of teaching experience in ESL, EFL, Bilingual Education, and regular elementary education. These experiences have afforded her many opportunities to work with immigrant populations in New Bedford and Falmouth, MA, and also in Portugal, both as a teacher and an interpreter.

More recently she has participated in various NGO conferences in Portugal for gender equality as well as being actively involved with interfaith alliance groups and activities in the Lisbon area. While in Portugal she served on that country’s Department of External Affairs for the Bahá’í Community there. Additionally, Wandra has developed and taught an introductory course in Cape Verdean Culture and Language which she has shared with many adult learners in her local community.

A lifelong choral music enthusiast, Wandra has performed with various choral groups, most recently in Lisbon where musical repertoires ranged from American Gospel to classical composers; however, much of her volunteer work has been with children and youth and has centered teaching virtues through storytelling, plays, music and community outreach projects.

Wandra is a founding member of the Bourne – Wareham Race Amity Group and partners with a local high school group as well as the town’s public school’s DEI committee in fostering cross cultural/cross racial friendships and experiences. Her town is a participant in Race Amity Day in the state of Masshachusetts. https://www.facebook.com/groups/2696388640611401

Valerie Cunningham
Valerie Cunningham is an independent researcher and writer, an historic preservationist committed to working for racial justice. Her research led to the establishment of the Portsmouth Black Heritage Trail, Inc., in 1995, a self-guided walking and driving tour of more than 24 sites. The nonprofit organization also sponsors symposia, workshops and other public events to raise awareness of African American history and culture in the region. http://www.portsmouthhistory.org/portsmouth-black-heritage-trail/

Cunningham actively supports several local and regional organizations, including the Association of New Hampshire Historical Societies, the New England Chapter of the Afro-American Historical and Genealogical Society, and Mt. Kearsage Indian Museum. Appointed by the mayor of Portsmouth in 2003, she continues as a representative of the ‘descendent community’ on the Portsmouth African Burying Ground Memorial Park Committee. www.AfricanBuryingGroundNH.org

Cunningham served two terms on the New Hampshire Commission for the Status of Women where she co-chaired the committee that created a statewide Women’s Heritage Trail. Although claiming to be “retired,” she continues to create Black New England Tours that go off the beaten track to reveal many fascinating stories of the African American presence in northern New England and beyond. Examples of such stories can be found in her writings, such as the book Black Portsmouth: Three Centuries of African-American Heritage by Sammons and Cunningham. Valerie Cunningham can be reached at: nhblackhistory@aol.com

Cathy Higgins, Ed.D.
Cathy has been involved in the field of education for most of her adult life, believing in the power of education to enlighten and bring out the best in humanity, as well as the power of music and art. In her younger years, she enjoyed music as her primary artistic expression. Today, she has found a new passion and fascination in the world of pottery. Although she grew up in a small town in upstate New York, she relocated in her early 20’s to the big city life of Los Angeles and then to Chicago, where she completed her Bachelors degree in music and education. She furthered her studies with an M.Ed. at UMass Amherst and Ed.D. at Argosy University. She has taught adult literacy in the North Carolina Community College System, as well as graduate classes at Plymouth State University and Antioch New England. She has worked at the district and state levels of public education, and is now a Digital Publishing Director at Heinemann Publishers in Portsmouth, NH. Cathy occasionally blogs about things that are on her mind at: www.thinkict.org

Phyllis Edgerly Ring
Phyllis Edgerly Ring listens for voices heard less frequently in popular Western media, including women, children, people of color, and those from indigenous and developing nations. Her articles and essays have appeared in such magazines as Christian Science Monitor, Bay Area Parent, Mamm, Ms., The World & I, and Writers Digest. A book of her collected essays, Life at First Sight: Finding the Divine in the Details, was released by Baha’i Publishing in 2009.

Former editor and contributing writer for several New Hampshire newspapers, she received a Media Excellence Award from the National Foundation for Women Legislators and first-place awards from the New Hampshire Press Association. Previously a columnist for United Press International, her “Ringside” column was a monthly feature in several New Hampshire publications and she has contributed to such anthologies as Traveler’s Tales. Former coordinator of programs at Green Acre Baha’i School in southern Maine, she also worked with Chinese kindergarten students and their teachers under the sponsorship of a local education bureau in Shanghai to integrate early-childhood English-training with character education for world citizenship.

An instructor for the Long Ridge Writers Group of the Institute of Children’s Literature and longtime member of the International Women’s Writing Guild, she leads workshops and retreats for writers, and those interested in accessing and using inner vision, the “eyes of the heart.” Married more than 30 years, the mother of two grown children, she earned a degree in Arboriculture and Park Management from the University of Massachusetts and a diploma in nursing. She divides her time between her New Hampshire home and Germany, her childhood home, also the setting for her current novel project. More information can be found at: http://www.phyllisring.com