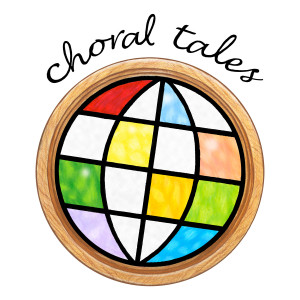 “The Choral Tales project is of an unprecedented nature. Its far-reaching effects are sure to be transformative. We regard supporting it as a service to human progress.”
~ Comment from a donor

“It is exciting to see more artists emerging with the enlightenment that we are intrinsically connected. Tuman’s music is a breath of fresh air for our ever-evolving world.”
~ Carla Gibb

ABC World Citizens is pleased to sponsor Choral Tales, an outward-looking, community-oriented project that unites choral music and dance in a celebration of uplifting folk tales from around the world. 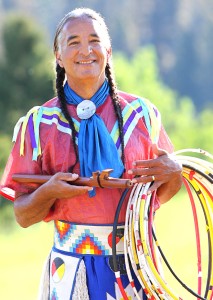 As suggested by its logo, the project offers a many-colored window to the world’s cultural variety, while also manifesting the oneness of the human family.

The selected folk tales are brief, entertaining, edifying, and provide a sampling of humanity’s diversity, yet they draw on a universal reservoir of human wisdom.

Each tale is distilled into a poem, which is then set to choral music, and acted out in dance as the choir sings.

Presented in attractive music and dance, without moralizing or spelling out a message, the stories explore and give artistic expression to qualities recognized everywhere as virtues, such as mutual respect, kindness, compassion, generosity, patience, and justice – as well as to the outcomes when such qualities are lacking.

The Choral Tales Project also explores social teachings, including a new, service-based concept of power, the overcoming of prejudices, the equality of women and men, and care of the environment.

Sometimes folk tales are mistakenly regarded as intended solely for children, but the reality is that for countless centuries, they were employed throughout the world as an important means of expressing and maintaining a culture’s outlook on life. The Choral Tales, then, are intended primarily for adults, particularly younger adults.

Choral Tales was inspired by an awareness of the vital necessity for peoples and nations in the 21st century to increase their ability to work together toward common objectives, in an atmosphere of mutual respect and appreciation.

Given this setting, it appears that one of the most timely and valuable contributions artists can make is to foster intercultural understanding, an appreciation of cultural diversity, and the essential oneness of humanity.

SCOPE AND TIMELINE
As the project grows, it is envisioned that its cultural range will expand to include tales from many countries around the globe, representative of the world’s major geo-cultural regions.

To begin, four tales from different continental regions have been selected for the project’s initial stage: one each from Mexico (for the Americas), Tanzania (for Africa), China (for Asia), and the United Kingdom (for Europe). 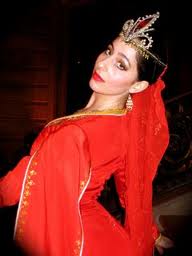 The initial stage involves the creation of the music and dance for each of the four tales, after which they are to be offered to community arts groups for local performances, as well as to music and dance departments of colleges in the USA and other countries. Since each song can serve as a stand-alone piece of music, choral directors will be able to insert any of them into the program of a standard concert.

The choral and dance performance of the first four tales is to be captured in a half-hour video, suitable for broadcast on public television and other media outlets.

The project’s initial stage will be completed once the official Choral Tales web site is created, and the folk tales, the poems derived from them, and the video of the choral songs and dances are all placed on it for public viewing. The web site will make the songs and video accessible to a national and international public.

MUSIC AND DANCE
The project was conceived and developed by Ludwig Tuman, who serves as its artistic director, composer and producer. Over time, the project has been fortunate to attract an expanding circle of outstanding poets, musicians, choreographers and dancers (two of whom are portrayed above), who stand ready to bring to the Choral Tales their talents, enthusiasm and vitality.

Not only the folk tales, but also the music itself will give evidence of humanity’s cultural diversity.  The musical style will vary substantially from one choral song to another, in each case reflecting the culture the tale belongs to.

The songs will not attempt to exactly reproduce traditional music from the cultures represented.  Rather, in each case they will creatively combine an accessible, contemporary sound with characteristics of music from the general cultural region concerned.

Similarly, the approach for the dancing style is to combine modern dance with characteristics of traditional dance from the cultural region the tale represents.

To follow this exciting project as it unfolds, please got to:
www.choraltales.org
www.facebook.com/choraltales

For information on how to contribute to this project, please go to:
www.charity.gofundme.com/ChoralTales